Chat with us, powered by LiveChat What is Expected in the Forex Market in 2019? - Form Agency

What is Expected in the Forex Market in 2019? 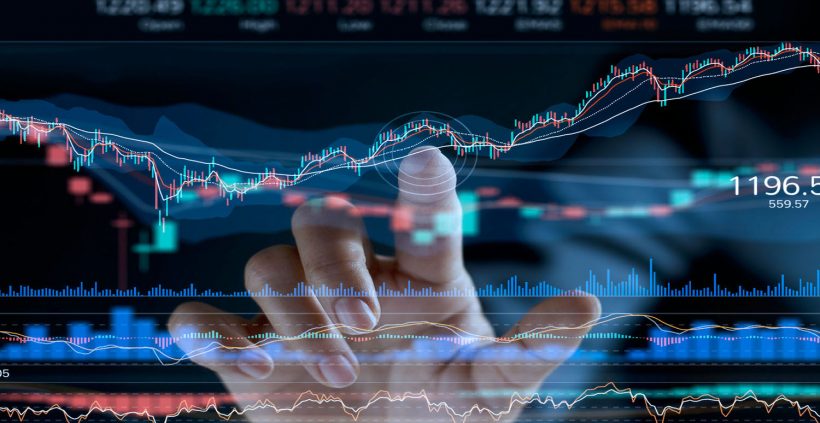 In creating this forecast, our guide will be recent central bank monetary policy statements. These statements set the longer-term tone of the currencies, while the day-to-day price swings and volatility are adjustments to the major trend usually caused by news events and investor appetite for risk.

U.S. Federal Reserve policy will continue to be the biggest influence on the direction of the U.S. Dollar. Interest rates were the dominate theme in 2018, and will likely remain so in 2019. The Fed hiked its benchmark interest rate four times last year, the most in a year since 2016. This helped drive the dollar to multi-year highs against a basket of currencies throughout the year.

Causing some volatility in the dollar was the path for longer-term interest rates which wasn’t as smooth as that of the short-term rates. The 10-year yield rose to a multi-year high at 3.24% early in the year. This helped drive the dollar sharply higher. However, the 10-year yield has since pulled back to 2.75%.

Last year, the Fed raised rates because of the healthy economy. Although the central bank hinted in its last monetary policy statement that it may take a pause in additional rate hikes in 2019, it’s not likely to do so unless the economic data supports such a move.

Going into the new year, the current pricing by futures traders is consistent with no rate hikes in 2019 from the Fed (and increasing risks of a rate hike in 2020). If this assessment holds true then the dollar may trade sideways to lower next year since the 10-year Treasury note is currently trading at the 2.75% benchmark.

The 2.75% yield will be the benchmark investors primarily use to determine the strength or weakness in the U.S. Dollar.

At its last meeting in December, the Reserve Bank of Australia (RBA) held its official cash rate on hold at a record low of 1.50 percent for the twenty-sixth straight meeting.

The RBA statement read, “The low level of interest rates is continuing to support the Australian economy. Further progress in reducing unemployment and having inflation return to target is expected, although this progress is likely to be gradual. Taking account of the available information, the Board judged that holding the stance of monetary policy unchanged at this meeting would be consistent with sustainable growth in the economy and achieving the inflation target over time.”

The RBA added, “Inflation remains low and stable. Over the past year, CPI inflation was 1.9 percent and in underlying terms inflation was 1.75 percent. Inflation is expected to pick up over the next couple of years, with the pick-up likely to be gradual. The central scenario is for inflation to be 2.25 percent in 2019 and a bit higher in the following year.”

I think the RBA is too optimistic about inflation rising. Furthermore, consumer spending and weakness in the housing sector are likely to keep a lid on interest rates. If the RBA does make a move on rates, in my opinion, it’s likely to be a rate cut.

In its last monetary policy statement in early November, the Reserve Bank of New Zealand kept the official cash rate at 1.75 percent as widely expected. Afterwards, RBNZ Governor Orr said the central bank expects to keep it at this level into 2020, and pared back language around a possible rate cut.

“We will keep the OCR at an expansionary level for a considerable period to contribute to maximizing sustainable employment, and maintaining low and stable inflation,” Orr said announcing the monetary policy statement.

Orr also said “there are both upside and downside risks to our growth and inflation projections. As always, the timing and direction of any future OCR move remains data dependent.”

Since this RBNZ monetary policy meeting, oil prices have plunged, U.S. Treasury yields have fallen as well as stock prices. Additionally, New Zealand GDP came out lower than expected. New Zealand is going to feel the effect of a weakening global economy so I don’t think the RBNZ will be able to maintain its forecast.

The recent price action suggests investors are pricing in a possible rate cut in 2019. However, economists expect the OCR to remain on hold and some are looking for a rate hike by the fourth quarter 2019. I don’t think the economy will be strong enough to handle a rate hike, and if U.S. economy begins to sputter, I think the next move in rates will be lower.

I don’t see anything bullish in the outlook for the NZD/USD. The surprise that would alter my outlook would be a rate hike by the RBNZ.

Recently, Bank of Japan policymakers disagreed on the feasibility of allowing bond yields to move more flexibly around the central bank’s zero percent target, reflecting division within the board on how to address the growing dangers of prolonged easing, according to the BOJ minutes.

According to Reuters, “One member said the central bank should not rule out options such as widening the range in which bond yields could move, or shortening the duration of the government bond yield that it targets from the current 10-year yield, the minutes showed.”

“Another member disagreed, however, saying that doing so when inflation remained low could determine the BOJ’s credibility by casting doubt on its commitment to achieve its inflation target.”

In its Summary of Opinions, BOJ policymakers warned the global economic outlook was worsening and recent oil price falls could further delay achievement of their 2 percent inflation target.

“Uncertainty over the global economic outlook is heightening. Given such conditions are likely to persist, risks are generally skewed to the downside,” one member was quoted as saying.

Furthermore, economic conditions in Japan are bearish given the outlook from the Bank of Japan. Japan’s 10-year bond yield fell below zero for the first time since September 2017.

Safe-haven demand will continue to make the Japanese Yen attractive. However, if you strip this out, the USD/JPY should be a strong Forex pair. Unfortunately, for bullish traders, this may not be the case this year.

At the start of the year, the futures markets are not anticipating any rate hikes from the U.S. Federal Reserve in 2019, and a slight chance of a rate cut in 2020. If the Fed doesn’t raise rates, I don’t the RBA and RBNZ will raise rates. Furthermore, if the Fed sees the economy weakening then the odds are that the Australian and New Zealand economies will show similar weakness. This could encourage the RBA and RBNZ to cut their benchmark rates. The Bank of Japan should continue with its policy, which means no rate hikes in 2019.

The U.S. Dollar’s gains are likely to be limited if the Fed holds rates steady, but could begin to strengthen again if New Zealand and Australia cut rates. Near the end of the year, a record number of longs held positions in the U.S. Dollar Index futures contract. Some of these longs have been reducing positions as of late. Once this position-squaring stabilizes, I expect to see a primarily rangebound U.S. Dollar.

The content provided on the website includes general news and publications, our personal analysis and opinions, and contents provided by third parties, which are intended for educational and research purposes only. It does not constitute, and should not be read as, any recommendation or advice to take any action whatsoever, including to make any investment or buy any product. When making any financial decision, you should perform your own due diligence checks, apply your own discretion and consult your competent advisors. The content of the website is not personally directed to you, and we does not take into account your financial situation or needs.The information contained in this website is not necessarily provided in real-time nor is it necessarily accurate.